Use Emotional Anchors To Turn Your Book Into a Page-Turner 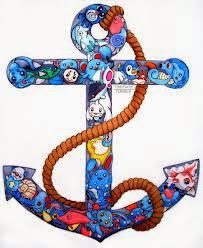 I'm going to tell you a secret.  It's a secret that took me years to develop, and yet it's a very simple secret.  This secret has prompted reviewers to say things like this:

Wow, man, this series just gets better and better...Heck, I read both books 2 and this one in the same day.
Michelle's review of Heaven Sent

Lord I started reading it at work and then when it was time to leave I switched over to my Kindle and kept reading it. That is how much I loved this story.
Kyle Jacobson's review of Earth Angel

This book is a page turner until the very end! You get to enjoy some hairy and even fun adventures.
Lettee Shelton's review of Falling

This is a sample of over 1300 mostly four and five star reviews and ratings my books have received on Goodreads, many of them claiming my books are page-turners.

How do I do it?  How do I write books that keep readers up all night (more than one reviewer has said this).  The very simple secret is I use emotional anchors.  I hook the reader with my character's emotions.  You're probably thinking "that's no secret. Anyone can do that."  You're right, anyone can.  Yet, it took me over 20 years to figure out that the key to a page-turner wasn't plot, or intrigue, or mystery, it was emotion.

I'm going to share a sample of my latest work with you to show you what I mean.  Notice the scene is not propelled by the action, it's propelled by what's happening to the character emotionally.  In this selection, six year-old Marty has been left at home alone by his older sister, who was supposed to be babysitting him:

With both Phoebe and Allison gone, the apartment was quiet.  It was nighttime quiet, even though Marty could see the bright June sun streaming in through the living room blinds, casting long shadows onto the faded carpet.

He looked down at the treasure Allison had dumped into his pillow fort before she left.  Think I'll read.  I'm a big boy now, and that's what big boys do.  We don't play, we read.

Marty picked up his favorite book, Tall Timber Tales, about Paul Bunyan and Babe the blue ox  He decided the read the part where babe drank the entire Grand Coulee River.  He wasn't sure how big the Grand Coulee was, but drinking any sized river was a big drink of water.

A sound.  A soft, sliding sound had come from Marty and Allison's bedroom.  It sounded as though someone or... something had slid out from underneath his bed.

"Hello."  No answer.  Of course there wasn't an answer.  There's nothing there.  It's jut my magination.  Allison complained about his overactive magination all the time.

"I know there's no monster there," Marty called out.  "So you may as well get back under the bed."  Nothing.

Marty glanced down at the book in his lap.  He folded it back to the picture of Paul and Babe on the cover.  He enjoyed staring at the picture because when he did, he magined himself hangin' out with old Paul and babe.  He could magine so good that sometimes...

Marty's attention was again drawn to the bedroom.  He peered wide-eyed around the arm of the old couch because this time he was certain he'd heard the closet door opening, certain he now heard whispering--monster voices.

I gotta get outta here.  The thought drifted in like an early season snow, yet stuck like the first big fall of the year.  If I don't leave now, all they'll find of me are bones and clothes.  Monsters only eat the good stuff.  Then another thought drifted in--scaredycat.

That's what Allison would call him for being so afraid.  And I thought you were a big boy... I AM A BIG BOY!

I'm going to stop there.  If you're like most readers, you'll want me to continue.  You'll want me to continue until you've turned the last page.  And here's the twist.  It's not the possibility of monsters or the mystery of what will happen next that hooked you.  It's Marty's emotional state.  You're anchored to it because you recognize and understand it.  Even if you've never been left alone as a child, you understand how vulnerable that person must feel.  Your emotions anchor you to the character's emotions--and now you're hooked.  My books are a roller coaster ride of character emotions.

Yes, there'rs mystery, romance, battles with demons and escapes from hilltop castles.  The illusion is the reader gets hooked on those things.  But that's just the illusion.  My goal is to move you from emotional anchor to emotional anchor until the end.  Lots of books have mystery, romance and great battles.  Those things have occurred in many of the books you've put down and never returned to.  So hook your reader into your character's emotional state, and you'll keep them hooked to the end.  That's my secret.  It's the reason readers love my books.  If you want them to love your books, hook them with emotional anchors.

The sample chosen is from my latest, a horror/thrill I'm writing with Sal Conte, currently entitled The Memory Giver.