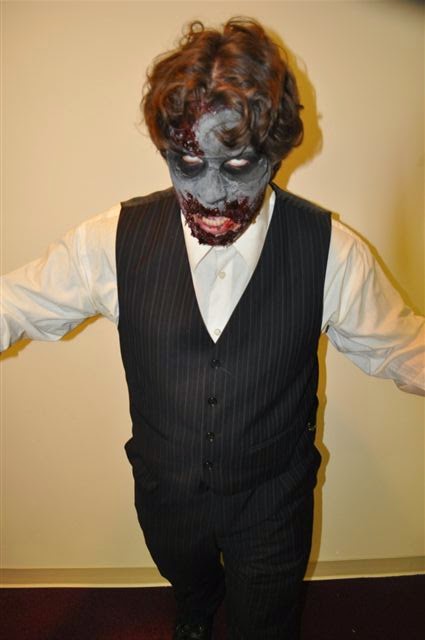 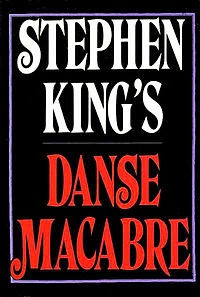 Your Novel To The Screen Part Deaux 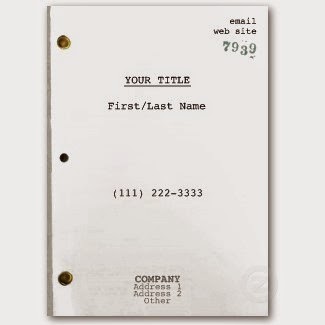 A few weeks back I posted here about a recent phenomenon in Hollywood where novelists are now being allowed to write the screenplays of their novels.  In the past, this was unheard of as Hollywood always hired one of their own--often to disastrous results. In the earlier post I encouraged writers to take a look at screenwriting and into adapting their own novels for the screen.  You can find that earlier post HERE. Today I'm going to post briefly on what to do once you have a polished screen adaptation of your novel in your hands.

This is the hard part because there are no set rules to follow on breaking into Hollywood.  But there are three roads I want to tell you about to start you on your journey.  The first are services like Ink Tip who connect producers with screenplays.  Before writing this post I did a bit of research on Ink Tip and found a few bad reviews.  So buyer beware. As a producer, I have used Ink Tip and found them to be quite professional. I also found this very informative THREAD where a writer asks about Ink Tip and gets some very good advice for writers looking to break in. Please check it out.

The second place to get your screenplays noticed is through contests like Script Pipeline.  I've never submitted to them and don't know anyone who has, so I'm not endorsing them here, but when I looked them up they seemed reputable.  But again, buyer beware.  Do your own research. There are  lots of contests and lots of scam artists out there.  Take your time in finding one you think works for you.

The third and final way to go are agents.  A good agent is hard to find, hard to reach, and even harder to get to represent you.  Here is an interview with some of Hollywood's top literary agents who represent books: TOP AGENTS.  You may not be able to get to one of them, but if you read this at least you'll know who they are and what they're looking for. That's a good place to start.

I started working in Hollywood in the 80s.  I didn't know anyone when I got here, didn't have a soul to give me a leg up.  I knocked on doors--lots of them--and eventually someone answered. In the mean time, I was writing and rewriting and polishing my material.  If you're sincerely interested in breaking in and seeing your book on the screen, I suggest you do the same.

Hollywood has a ravenous appetite for books, and in today's market many novelists are adapting their own works for the screen.  New writers are being discovered everyday. The next one could be you. Often the books Hollywood chooses are not bestsellers, so don't let that be a deterrent.  If you'd like to see your book on the screen, start down that road now: Writing, refining, researching and knocking on doors. 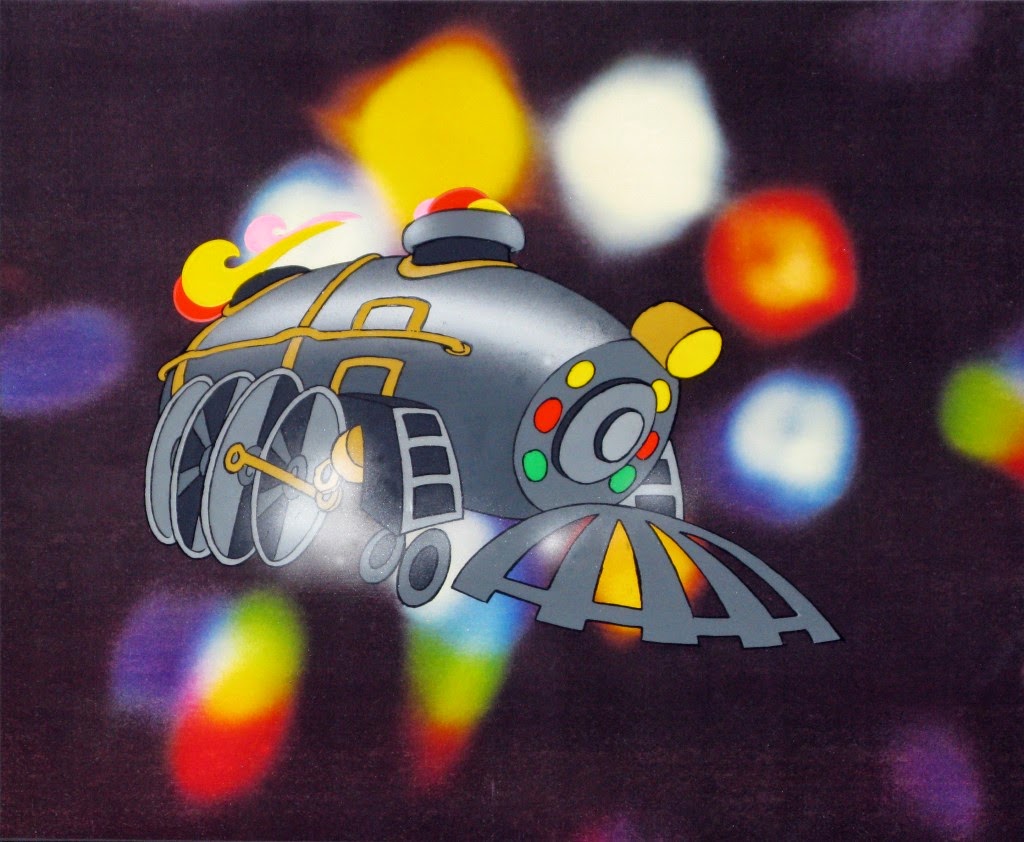 Those who know me know I’ve been on the 'build your email list' bandwagon for some time now.  As the market becomes more cluttered with indie writers writing more and more books, the marketing of our books is going to get harder and harder. Our mailing lists of go-to readers is what can keep us in the game.  As I discovered over the past few years, building this potent list is not easy.  It won’t happen overnight.  I’ve been at it for over a year now and my list is still quite small.  My mailing list, however, is like the little engine that could.

My mailing list is not very deep, but it is powerful.  Here’s a recent story that demonstrates the power of my list.  I’d been posting chapters of my latest WIP, The Memory Giver, on Wattpad all summer long.  In early September, to my delightful surprise, the book was featured by Wattpad and (like with Amazon) I noticed I had a ranking.  Just like with Amazon, the lower your ranking the more visible your book becomes to new readers.  The goal, like on Amazon, is to get to #1. The day my book appeared on the list it ranked just above #500 in horror. Because of the feature, the ranking began to drop. One day it got as low as #18.

With Amazon your ranking is based on sales, but since Wattpad is free, I couldn’t determine what affected my ranking. I did some research and discovered to improve your ranking readers must “star” the chapters they read if they like them.  The more stars you can get in a short period of time, the lower your ranking becomes.

After the first two weeks of my feature my ranking began to climb. It was still pretty good, hovering just under 100, but I wondered if my fans on my mailing list could help get the ranking down and keep it down a little longer.  So on Sunday October 19th, I emailed my frans on my list and told them I was looking for beta readers for my latest work and what I needed them to do to become one--read the chapters on Wattpad and star the ones they enjoyed.  They acted swiftly.  On October 21st The Memory Giver dropped to #14 on the list.  Today, two days later, it’s still #15.

I have a regular mailing list with 100s of names, but it’s just a list because I didn't realize how important my list could be when I started it. A little over a year ago I started another list, my special list. I only have a handful of followers on my special list, but look at the power they pack.  Imagine if I had hundreds or thousands of these types of followers.  I’ve now rededicated myself to adding quality names to my special list.  Eventually, I’ll phase out the other list. Imagine if we each had 10,000 loyal followers who bought everything we wrote; we’d be doing pretty well, wouldn't we?  Getting there is not going to happen overnight.  You need to build a list of frans (friend + fan = fran) who listen when you talk to them. You do this one name (one fran) at a time.

By the way, I sent a similar email to those on my regular list.  Two people (out of 400) responded. That list will definitely be phased out. We don’t just want names on our mailing lists, we want friends who we can talk to.  Like I said, building this list won’t be easy, but in a year or two, it will be worth it.  So start now to build your mailing list of special frans one name at a time.

In a future post I’ll tell you how I'm going about building my special list.  In the meantime, if you’d like to read chapters of the (as of today) #15 horror novel on Wattpad, The Memory Giver (it’s free) Go here: THE MEMORY GIVER.   If you do stop by, please remember to “star” the chapters you enjoyed.  Thank you.

It's Time To Adapt Your Novel For The Screen

There’s a new phenomenon sweeping the Hollywood landscape. Authors are being allowed to adapt their own works for the screen.  For most of my career this has not been the norm.  Typically, the studio would purchase the rights to your book and then bring in a screenwriter or two to “adapt” it—often to disastrous results, definitely to unnerving results for the author.  Just ask Stephen King about The Lawnmower Man.

Recently, however, there seems to be a change in the air.  Authors are being allowed to write the screenplays for their works, and some of the results have been stunning: Gillian Flynn wrote the movie adaptation of her novel, Gone Girl, Dennis Lehane adapted his short story The Drop, and Johnathan Tropper wrote This Is Where I Leave You.  All three movies have received good notices from the critics.

With these successes, Hollywood  will be more open to authors penning their novels for the screen. So what are you waiting for? Now is the perfect time for independent authors to start working on their screenplays.

As an author who’s spent most of my career writing for TV and film, I can tell you writing a screenplay is a very different animal than writing a novel.  Animal?  Heck, it might not even be considered the same species.  If you haven’t written for the screen before it’s going to take some training, but if you’re a self-published or independent author, chances are you’re no stranger to training and learning new skills.

Take a screenwriting class, or buy a book on screenwriting.  There are lots of good books on screenwriting out there.  I trained so long ago I don’t want to steer you wrong on what to read so ask around.  I will tell you Linda Seeger’s Making A Good Script Great was a good book for me, and helped me immensely with the writing and rewrite of the Academy Award nominated short film, Cadillac Dreams.

You know you’ve always wanted to see your book on the screen.  It’s time to get to work on your screenplay.  In a future post I’ll give you a few tips on what to do once your screenplay has been completed.

You can read more about Flynn, Lehane and Tropper in this Variety article.
Posted by E. Van Lowe at 12:38 PM No comments: