What's That I Smell? 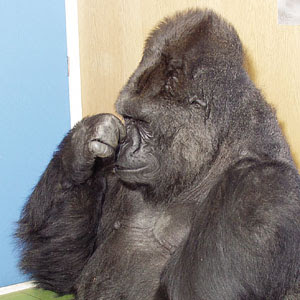 A few days ago I read in the Los Angeles Times that The Mystery Book Store in Westwood will be closing at the end of the month. This is the last bookstore in Westwood, aside from the one at UCLA. While I didn't frequent the store, it is always sad to see book stores disappear.
Last week I had to make a doctors visit in Encino. I drove out early because whenever I am in Encino I stop by the big Barnes & Noble on Hayvenhurst. It's a great store, with the largest and most well stocked children's section I have ever seen. Their YA section is unbelievable. I drove into the outdoor mall parking lot and was surprised to find so many open spaces. That was unusual. But what was even more unusual is the Barnes & Noble was GONE. A big, hulking empty structure stood before me. It was like the book store equivalent of a ghost town.

Truth is, it's a new day, people. A while ago I read the book Hit Men by Fredric Dannen, about the music industry. I was surprised to discover that when record albums came along the music industry didn't like them very much. They didn't like it when CDs came along either, even though, as it turned out, both record albums and CDs grew sales. When Television came along the movie industry feared it. But TV went on to help grow and promote the film business. To this day the biggest way films are promoted is on TV. If there was no TV, the film business would probably have died a long time ago.

Fast forward to when MP3s came along. The music industry fought them vehemently. And now the music business is in free fall. You see where I'm going with this? Change is inevitable. There is always a downside to change, but the more we resist it, the more it winds up biting us on the butt down the road. What we need to do with any change in our lives is figure out how to make it work for us--or at least coexist with it.

I grew up hanging out in libraries and staring in the windows of bookstores wishing I had enough money to buy a book. I loved book stores. I still do. But change is in the air. The internet is fast becoming a new generation's book store. I'm not saying give up on the old. I will always love book stores. But it is time to embrace the new.

We are readers and writers. The good news for us as readers is books aren't going away. In fact, even more books are being offered to us, at lower prices. And yes, there is even more crap out there, but there are amazing gems out there today as well, gems that we would not have been exposed to in the old model. As writers there is also good news. Books aren't going away. There are now more opportunities for us to connect with readers than ever before. We just need to figure out how.

I was very nervous a few months ago when I made my deal with White Whisker (an independent publisher) for Boyfriend From Hell. I wondered if people would think: "This one is with an independent because it isn't any good?" But that was my fear of change talking. So today I am going to be fearless. I am sniffing the scent of change, and you know what? It is sweet.

What are your feelings about the changes in publishing?
Posted by E. Van Lowe at 12:46 PM