From Corona With Love

Last year I had the privilege of doing my very first reading for an elementary school audience when I visited Corona Elementary school in Los Angeles.  My books are for an older audience and I didn't know how the younger kids were going to take to them or me.  Turns out, I had a great time.  The students even sent me some wonderful thank you notes complete with their own personal art. If you'd like to see the post with the thank yous go here (Fan Letters...)  This year when my friend Sam Contreras (teacher at Corona) asked me to again participate in Career Day I jumped at the opportunity. 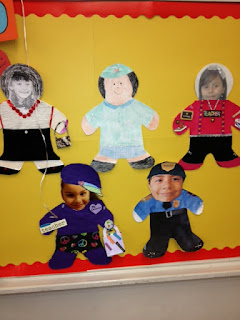 When I arrived at Corona I was ushered into a room that had been decorated by the kids with artwork of themselves in different careers.  It was very creative. There was a lawyer visiting the school that day, and a fireman and a real estate agent among others.  I discovered this year I'd be addressing the fourth grade.  So slightly older than last year, but I feared I might be repeating myself as I'd brought the same book with me to read from: Never Slow Dance With A Zombie.  I chose NSDWAZ because the title alone would win me some favor.  I had a boat load of bookmarks leftover from the original promotion so I brought those along as leave behinds. 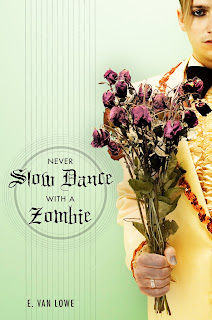 As it turned out, I didn't have anything to worry about.  Most of the children I met hadn't been exposed to me, and the few that had were happy to see me again.  They thought I was cool.  (Yes, old-ass me was cool to nine year-olds).  I've read the section from NSDWAZ I'd chosen many times.  I read it last year. It's short, exciting and funny.  When I finished a girl's hand went up in the air.  "What's a freshman?" she asked.  I say in the book that the first floor girls bathroom at Salesian high was the domain of "freshman, freaks and geeks." 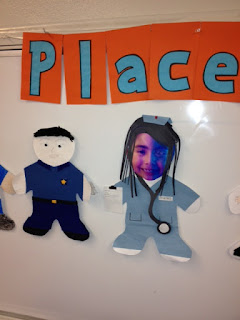 The reason I bring this up is I'm always surprised by some of the questions young people ask.  Why would a nine year-old know what a freshman is?  I'd never thought about it, but I was happy for the question.  I think I gave a satisfactory answer--she said I did--but I've been thinking about the question ever since, because when we write for young people we have to consider that certain language we wouldn't think twice about can be a stumper for them.  I never write down to my audience, so in my writing, I pretty much use the same language I'd use when talking to you.  I don't intend on changing that.  As one of my teachers used to say "That's why they invented dictionaries." To me, the question served as a reminder that as sophisticated as children are today, they're still children with a lot to learn.  Something to remember when crafting young characters.

I read for three classes that day and one boy in the back of each class asked the same exact question--could I tell him the end of the book... You know, so he wouldn't have to read it.  This also served as a reminder that even in this sophisticated 21st century world we live in, boys are still boys.  I look forward to next year.