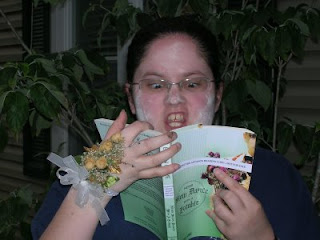 When I worked in television, I was fortunate enough to work on shows that had thousands, if not millions of fans.  As a writer/producer of The Cosby Show and Even Stevens, fan mail was routinely diverted to a department at Disney who dispersed it to cast members.  I don't know what they did with the mail that wasn't directed to specific cast members, but in my years at Disney, I saw very little fan mail.

Because of this, fans seemed to me to be "those" people.  The show's ratings told me they were out there and that they adored my work, but I had no direct contact with them.  Because they didn't feel real to me, I took them for granted. Believe it or not, many authors today have this same attitude, thinking that fans are "those" people.  People who adore us, but we don't have to do anything for their adoration.

Coming out of the TV biz, I realized if I was going to be successful as an author, I had to change my attitude.  Fans aren't "those" people, fans are "us."  We're in this together.  I do my part by writing something you like.  You do your part by purchasing it.  And hopefully in between the writing and the purchasing, we develop a relationship and try to get to know one another a little bit. 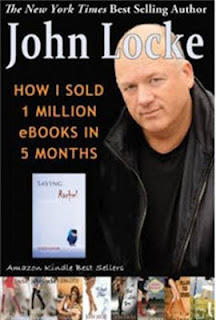 John Locke, the indie author who became famous for selling 1 million ebooks in five months says: Develop a list of guaranteed buyers.  In his book, Locke says his ultimate goal is to have an email list of 10,000 guaranteed buyers, but he started out with a goal of 25.

I think this is a good place for any author to begin.  Find 25 fans that you can email with, tweet with, message with on Goodreads and chat with on Facebook.  These are the people you can count.  They're not exactly fans, though.  They're more than fans, they're friends, or as I like to call them-- frans. 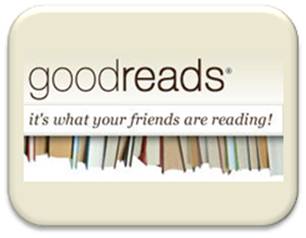 Last week I received a Goodreads  message from a fran in Italy asking when the new Falling Angels Saga book was coming out.  I messaged her back, reminding her it was coming out in December but that I had a new series starting right now with The Zombie Always Knocks Twice.  She bought my new book, read it, and gave me my very first review.  I know for sure when Heaven Sent comes out in December, she'll be at the head of the line.

I chat with a handful of frans on Twitter on a regular basis.  I email with several more.  I wouldn't know any of these people if they hadn't found one of my books.  But now that I do know them, I try to be a friend to them.

Recently, a fran who wasn't a writer, became a writer and wrote her first book.  I bought her book just as she has bought mine.  The old TV me might have thought "ooh, isn't that cute, she wrote a book."  But me and my frans are in this together, which means we have to support one another.  By the way, if you're looking for an excellent dystopian romance with some terrific action and suspense, have I got a book for you:  Frozen Heart.

In the world of independent authors, the relationship between author and fan is no longer a one-way-street.  I think this is a good thing.  So if you want to become a Best Selling author (both Boyfriend From Hell and Earth Angel made Amazon's children's ebook Best Seller List) start by cultivating a relationship with 25 frans and build from there.

Hey, E. Van Lowe frans--Thanks for everything.  And if you're not a fran yet and would like to be one, write me and become one. There are no special requirements to be in my club.

*the photo at the top is Lauren, one of my first frans.  She was in high school back then, participating in my first photo contest.  Today she's a college student. Last year I paid Lauren to help develop my marketing plan.  We're in this together.