The Way I See It: FREE, Your Ticket To Big Sales 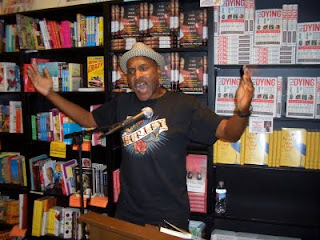 Let's face it, for those of us trying to make a career out of writing, Free can be a dirty word.  When I came on the scene in 2009 with Never Slow Dance With A Zombie, the last thing I wanted to do was give books away.  However, my thoughts began to change when I read an article in late 2009 by another Tor author (NSDWAZ was published by Tor).  I don't remember the author's name or his books; what I do remember is the start of me thinking differently.

Here's the story as I recall it: The author was contacted by Tor because they wanted to give away ebook copies of his current novel on the Tor website.  At the time, Tor had an online program where they gave free ebooks away every month. Tor's thinking was the author had a new book due out. They liked his original book a lot, and felt by giving it away it would put him on the radar of more readers just as his new book was about to be released.

The author agreed.  He felt sales for the first book had run their course.  Why not use it as a promotional tool?  But that's not exactly what happened.  The more ebooks he gave away.  The more books he sold.  His first novel began climbing in the rankings all over again.  People began buying the book even though it was available for free on the Tor website.  When the new book came out, it, too, began selling immediately.  Suddenly the author had two success stories.

I was shocked when I read the article.  Why would people pay for a book if it's available for free?  It didn't make sense. I asked a marketer friend who told me people were obviously talking about the book, and they were saying good things.  When people heard about the book they went out and bought it.  The people who were talking about the book weren't saying: "I just read a great free book."  They were simply saying: "I just read a great book."

In the digital age nothing propels sales faster than word of mouth.  This includes online reviews and mentions on Facebook, blogs and Twitter.  The best and easiest way to get more books in more people's hands so they can talk about them, is to give some of your books away. In the digital age, FREE is your ticket to big SALES.  The Amazon KDP Select Program is a great way to explore giving a book away.  I won't go into program details here.  If you'd like to know more about the program go here: AMAZON KDP SELECT.

What I would like to do, however, is share with you the results of a KDP Select Giveaway by author Michael R. Hicks:


SEASON OF THE HARVEST

Not to put too fine a point on it, SEASON OF THE HARVEST completely fell off the apple cart after its meteoric rise from its release in February through amazing sales through summer. But starting in September, sales went…poof. It went from a ranking of around 300-400 overall in the Kindle store through summer to kerplunking to the mid-20,000 rankings most of the time from September onward. Nothing I did – focusing more on promotion, dropping and raising the price, etc. – seemed to have much effect. And sales in the other channels (B&N, Sony, etc.) didn’t amount to much, either.

So let’s see what happened with this little KDP Select experiment:

My first comment when I saw the numbers was, “Holy crap!” HARVEST went as high as the 20s in the free category, and jumped into the top 100 in the paid category when it went out of freebie status. And even now, a week after it returned to paid status, it’s still at 1,200 overall in the store. Again, not tons of hang time at the top, but certainly better than being down in the tens of thousands. On top of the direct sales, there were also around 600 Amazon Prime borrows, which ain’t bad at all!

You can find the entire Michael R. Hicks post on his website. And for those of you wishing to make writing books your career, he has a series of posts about what you need to know before you turn pro.  His webite is here: AUTHOR MICHAEL R. HICKS.

Today I give away books all the time.  This afternoon I put 8 books in the mail (which I know can be costly) and sent out another 10 in pdf form.  I know Boyfriend From Hell and its sequel, Earth Angel, are good books. The time they've spent on the Amazon top 100 BEST SELLER LIST in their categories tells me that.  Yet, despite how well I do with sales, I continue to give books away.  I do it because the more books I give away, the more people will talk about my books; the more people talk about my books, the more books I will sell.  So, if you want to have big sales, do not hesitate to give books away.  At least, that's the way I see it.