Springsteen, Me and My Ebook Adventure 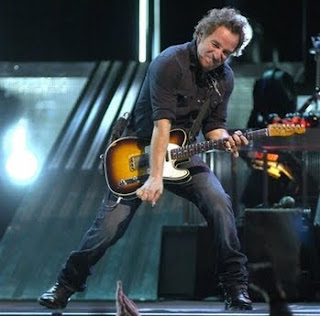 Back In June I did a post entitled “Springsteen And Me: Taking Control of Your Writing Career.” It was about my leap into the world of independent publishing and why I made the leap from Big 6 traditional publishing in the first place.  Now that my first indie novel, Boyfriend From Hell, is out, I am reprising the post along with the fresh perspective of a newly published indie author at the end.  Check it out:

For those of you thinking this is a post about Bruce Springsteen and me, let me say right here that it is not. I do not know Bruce Springsteen. Of course I know who he is, but until quite recently I was not a fan. So, if you’re interested in Springsteen’s music stop reading now. This post is about how Bruce Springsteen inspired me to take control of my career, and how those of us who are creative can learn from what he did.

In October of 2010 I was having a beer with my publisher. But he wasn’t my publisher at the time. He was my friend. I didn’t even realize Christopher Meeks was a publisher until that October conversation.

During that conversation, Chris mentioned an HBO documentary he’d seen about Bruce Springsteen. It seems after the success of their first album, Springsteen realized he was under the control of his (then) manager. As is typical (I guess) in the music business, the contract Springsteen signed gave his manager total creative control forever. That didn’t sit well with Bruce. In fact, he gambled his future on ending that contract. Springsteen decided he could never record again under those conditions. 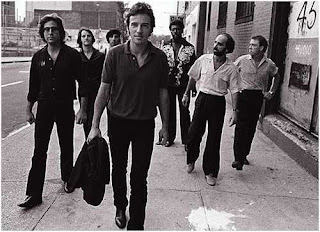 Bruce, along with the members of the E Street Band ,were young and hungry—but not hungry enough to give away creative control. He’d rather go back to obscurity than turn his ideas over to a gatekeeper. He was an artist. An artist needs to control his art. He didn’t record for three years.

They could have caved to the pressure and made a living, but he stuck to his guns, not recording for THREE WHOLE YEARS. The special is about those years and the first album they recorded after he waited out his manager. Springsteen called the album “a meditation on where are you going to stand.” 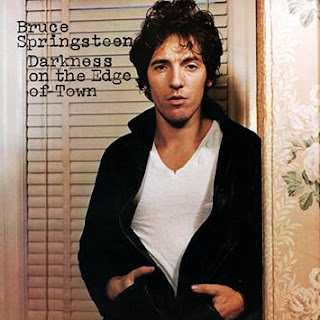 The documentary changed me. The Promise: The Making of Darkness On The Edge of Town is acclaimed for how Springsteen created the music. I love it for the message it sends to those of us struggling out here in the creative community.

Soon after I saw it, I decided to leave Big  6 publishing behind and asked Chris and his White Whisker Books to be the publisher for Boyfriend From Hell, along with the other novels in the saga. Why?  My first novel , Never Slow Dance With A Zombie, (Tor/Teen) sold very well, but as an artist I wanted more control over what went into my books.

So that’s my story.  Boyfriend From Hell came out on September 1st . So far I have loved joining the ranks of indie authors.  I’ve made lots of new blogger and indie author friends. It’s a wonderfully supportive community.

Boyfriend From Hell is a paranormal romance with a comedic twist.  In style, it’s closer to H.P. Mallory than Amanda Hocking, but readers of both will enjoy the book.  It’s gotten rave reviews.

While you’re here, I’d like you to take a chance and download it for just $2.99.  I promise it isn’t one of those poorly written self-published books riddled with mistakes. I guarantee it will not let you down. Did I mention it’s already received 22 four and five star reviews on GOODREADS?

Give it a try.

Here is the link for both Amazon and Barnes & Noble: PURCHASE.  If you don’t have a kindle or nook, don’t let that stop you. The kindle app is free.  You can download the book along with the free app.

Do it now, before your busy lives get in the way.  Help me realize my creative dream and read a fun, romantic paranormal adventure at the same time. And while you're at it, consider where are YOU going to stand.