What Color Are You Under Your Skin? 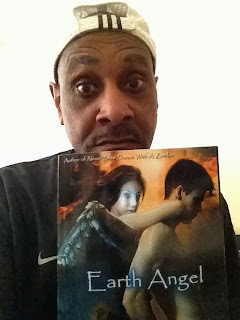 "Buy this book, buy this book, buythisbooook!"
I’ve been a writer for a long time.  A long, long time.  I’ve been fortunate enough to have quite a diverse career, writing in several mediums.  I’ve even been lucky enough to have been nominated for some prestigious awards.  During my time as a writer I’ve observed one thing that remains consistent.  Whether you’re Robert Beck writing about Iceberg Slim, Charles Dickens writing about Tiny Tim, or Shonda Rhimes writing about Olivia Pope—character is developed from the inside out.  While a character’s social situation has an impact on how the character sees the world, their skin color does not.


I kept this in mind when I decided to become a young adult paranormal author.  Like most African American readers, I am widely read.  I don’t just read black literature.  As a boy I grew up reading James Bond and Dr. Fu Manchu.  As a young man I read The Lord of The Rings.  The adventure in these books moved me, influenced me.  I knew whenever I wrote professionally I wanted to entertain readers the same way the novels of my youth entertained me. 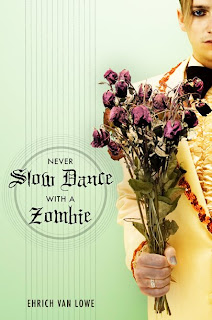 When I conceived my first YA novel, NeverSlow Dance With A Zombie, I envisioned the main character, Margot Jean Johnson, as black.  This was in the mid-2000s when ebooks were a little more than a thought.  Major book stores were where most books were sold.  I realized as a black author, if I made Margot black, my book would be relegated to the black book section.  Nothing wrong with the black book section.  I’ve spent many afternoons browsing there, and purchased some damn good books there.  But I wanted my book to appeal to a larger audience; I wanted my book to be in the general population of the store.  So when I described Margot in the book, I never mentioned race or skin color.  In my mind Margot was black, but I wanted each person who read the book to see Margot through their own eyes, judge her through their own experiences.


It didn’t matter what color Margot’s skin was.  While she was laugh out loud funny, she was also a self-centered user who needed to be brought down a peg.  She was flawed, and that’s what interested me most. When my editor at Tor asked (trying to play the innocent), “what color is Margot?”  My response was: “What color do you think she is?”  My ploy worked.  The book was slated for the YA section and wound up being minor hit, selling 70,000 copies in pre-orders, and going on to become a Scholastic Book Club selection, which helped sell many more copies. It’s still sold at Scholastic Book Fairs.  It also wound up being nominated for both a Cybils and an American Library Association Award.  In my mind I did the right thing, allowing reader’s imaginations to decide how they saw Margot.


I got a great vindicating treat when young actress, Keke Palmer, read the book and said if they ever made a movie, she wanted to play Margot.  How thrilling was that?  A star like Keke saw herself as Margot.  I even stalked her (I’m not too proud) and persuaded her to make a video about the book for me.  That video is here: http://youtu.be/QRJsoay8jP8 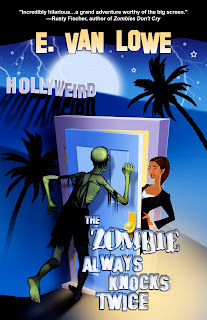 Since Never Slow Dance With A Zombie, I’ve gone on to write four more books, two of them (Boyfriend From Hell & Earth Angel) have become ebook Best Sellers.  I now write white characters, black characters, Asian characters and in my latest series, Hollyweird, I write about a young biracial girl.  I made Kris biracial because I wanted to write the feelings of an ethnic outsider, a girl who doesn’t feel a sense of belonging to any race.  This allowed me to covertly make a statement about race.  Kris is an ethnic outsider until a boy comes along and sees Kris as Kris… He’s a dead boy, but that’s a story for another post.  My point here is Kris’s skin color doesn’t matter.  She’s an outsider, and how she deals with her world as an outsider is what shapes her and makes her interesting.  So, authors, I ask you, what color are your characters under their skin?  It’s the only place that matters.

This post originally appeared as a guest post In DiversePages.
Posted by E. Van Lowe at 10:00 PM 3 comments: