An Easter Treat of Falling Angels


Hello Frans,  It's been quite a while since I've written on this blog.  I've been busy writing, though.  Since January I've been fast at work on the fourth and final book in the Falling Angels Saga.  This last book is a real doozie.  In it I bring back characters from all the earlier books.

Because I've been so immersed I have no new advice for indie authors at this time.  Still, I have a little Easter/Passover/Spring Break gift for those of you who're fans of the series--a little taste of the next book in the series, the one I'm currently working on.  This'll be the first time I've shared a WIP on this blog, but I'm so pleased with my progress I couldn't wait for you to have a look.  It's totally unedited, which I hear is part of the charm.  This is not the opening of the book, it's something I plucked from around page 150.  Even if you haven't read the earlier books, there are no real spoilers here, just a teaser of what's to come.

Speaking of the earlier books, Heaven Sent has garnered some fine reviews on Amazon.  All five stars.  If you haven't read Boyfriend From Hell or Earth Angel, perhaps a peek at these reviews might peak you're interest: Heaven Sent Reviews.  I sure hope so.  And as an added treat for those of you new to my Best Selling series, click on the red link for a freebie (Pdf) Boyfriend From Hell sample:

And now the excerpt.  Enjoy! 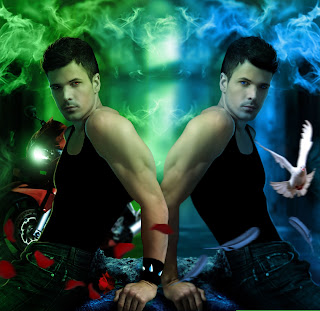